In the Middle East and North Africa, Fellow Believers Are Suffering

Previous Next
In the Middle East and North Africa, Fellow Believers Are Suffering

As a unified Body of Christ, when one part of ourselves is hurting, we all feel it. In the Middle East and North Africa (MENA), fellow Christians are suffering.

Pew Research Centre* reported that Christians experience more harassment than any other religion – in 145 of the 198 countries worldwide. Findings of Open Doors** tell us that more than 340 million Christians live in countries where they may suffer high levels of persecution and discrimination because of their faith. That’s 1 in 8 worldwide. MENA has long been a particular hotspot.

For example, in Syria, where Christians make up less than 4% of the population, Islamic extremists are actively seeking to remove Christianity. Because of the political instability, the county is described as a breeding ground for persecution. The economic crisis caused by COVID-19 has only made the situation worse, leaving many displaced Christians struggling to survive. There is a spectrum of tolerance that is permitted in the Middle East and North Africa. For example, personal beliefs may be ignored in some places but, as believers begin to share the wonderful Hope they have found, they soon encounter trouble.

In Jordan for example, many believers live a safe, stable life. The country often describes itself as a beacon of tolerance. Christians do however experience discrimination as there are restrictions against public preaching. Unregistered churches can face harassment by public authorities, particularly those that actively evangelise.

In Egypt the government speaks positively about their Christian community. However, the lack of serious law enforcement and the reluctance of some local authorities to protect Christians leave them vulnerable to all types of attacks. Persecution against Christians in Egypt happens mostly at the community/familial level and incidents frequently occur in Upper Egypt (especially rural villages). Present Freedoms are Not Guaranteed

Believers live fearful that without much warning, any freedom they are enjoying could be suddenly removed. How can the Church prepare for persecution? This question lays heavily upon the heart of Harvesters Ministries as we train and support leaders in MENA.

1 Peter 4:12 – Dear friends, do not be surprised at the fiery ordeal that has come on you to test you, as though something strange were happening to you. The Wounds of Jesus

The Gospel of Christ is based on the Cross. Wounds are the trademark, the portrait, the message, the teacher, and the honour of the Church. In the Early Church, persecution was the only Christianity that Christians knew. Confessing Christ meant carrying their crosses.

1 Cor 2:2 – For I have resolved to know nothing while I was with you except Jesus Christ and him crucified.

It is a challenge to Christians across the world. Are we ready to count the cost of following Christ? To pick up our crosses for the Gospel? The Persecuted Church is Growing in MENA

As with the Early Church, growth occurs in the midst of persecution. In Iran, Christians from Muslim backgrounds face extreme danger. Despite this, Iran has one of the largest growing networks of underground churches.

Of course, it does not make sense looking from a human perspective. But we know and trust that Jesus has declared He will build His Church. Visit our Harvesters’ Prayer Wall to read prayer requests as they come in from the field. 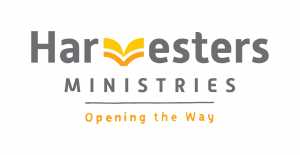